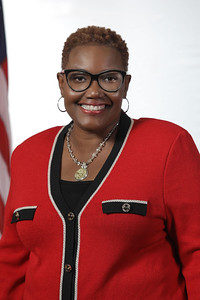 The Board of Directors of the Chicago Urban League has appointed accomplished leader Karen Freeman-Wilson as the organization’s next President and CEO. Freeman-Wilson, who currently serves as the mayor of Gary, Indiana, will assume the role after completion of her term in office.

Freeman-Wilson has served in the public and non-profit sectors most of her professional life. She was the first woman to serve as mayor of Gary and the first African-American woman to serve as mayor in the state of Indiana. She previously held posts as the Indiana Attorney General, the Director of the Indiana Civil Rights Commission and the presiding judge of the Gary City Court. A licensed attorney, she also engaged in private practice for 25 years with a focus in municipal finance, government relations, family and criminal law. Her term as mayor of Gary ends on Dec. 31, 2019.

“Karen Freeman-Wilson has a depth of leadership experience and a demonstrated passion for the issues of equality and social justice that are central to the mission of the Chicago Urban League,” said Board Chairman Eric S. Smith. “We are confident that she will be a strong, visionary leader who will continue to advance the organization’s excellent work toward serving the needs of African-American communities and advocating for equity.”

Interim President and CEO Barbara A. Lumpkin will continue in her role until the transition. Lumpkin was appointed to the interim position in June 2018. Over the past year, she and the League’s staff took on a number of significant and successful projects, including reviving the organization’s State of Black Chicago report. Under her leadership, the League’s Research & Policy Center also released its widely cited Census report, Money and Power: The Economic and Political Impact of the 2020 Census on Illinois. The organization was also awarded funding from the State of Illinois to lead community outreach efforts to help ensure a complete count in the 2020 Census.

“We are sincerely grateful to Barbara for her contributions toward advancing the League’s longstanding work in connecting people to jobs, affordable housing, educational opportunities and resources to grow their businesses and careers,” Smith said.

Freeman-Wilson added, “I am excited about the opportunity to join the Urban League team. I am humbled by the opportunity to build on the legacy of Barbara A. Lumpkin and her predecessors who have been amazing community advocates for justice, housing, employment and business development.  I look forward to working with the board and staff of the Chicago Urban League as well as the partners throughout Chicagoland to continue the impact and prestige of this historic organization in the community.”

Established in 1916, the Chicago Urban League works for economic, educational and social progress for African Americans and promotes strong sustainable communities through advocacy, collaboration and innovation. For more information, visit www.chiul.org. Find us on Facebook and follow us on Twitter.

The Chicago Urban League Announces 2021 Fellows for its IMPACT…

CEO Message: One Year After the Murder of George Floyd