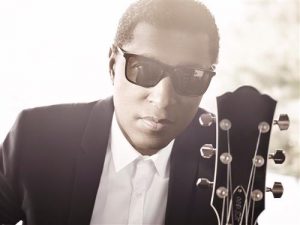 Benefit Gala, Themed “Beyond 100: Together We Matter” set for November 4

The League’s largest annual fundraiser, the Golden Fellowship Dinner draws more than 1,700 of the city’s corporate leaders, human rights advocates, philanthropists, clergy and elected officials. This year’s theme, Beyond 100: Together We Matter, highlights the organization’s entrance in its second century of service to Chicago’s African American community.

“Clearly race is at the epicenter of our city and our country’s social ills, yet remains one of the most difficult and provocative things to talk about,” said Chicago Urban League President and CEO Shari Runner. “This year’s theme highlights our continued work around racial equity and social justice. Building relationships across lines of racial difference is transformational.”

Kenny “Babyface” Edmonds has been a staple of urban contemporary music since the late 1980s. He’s won worldwide praise, countless awards—including an unprecedented 11 Grammy Awards as a producer, songwriter and artist and earlier this year was inducted into the 2017 Songwriters Hall of Fame.  Edmonds has written for and/or produced the biggest stars including Whitney Houston, Jennifer Hudson, Madonna, Celine Dion, Mariah Carey,   Boys II Men, etc.  As co-founder with L.A. Reid of LaFace Records in 1989, Babyface nurtured the careers of such megastars as TLC, OutKast, Usher, and Toni Braxton.  The prolific music man counts more than 200 top 10 R&B and over 50 top 10 pop hits (including 16 No. 1’s). In turn, those stats have generated cumulative single and album sales of more than 600 million units worldwide.

“We are thrilled to welcome such an acclaimed entertainer,” said Chicago Urban League Board President Eric Smith, Market President, Chicago, Fifth Third Bank. “Mr. Edmonds has a rare gift to move and inspire an audience, and we believe his performance will complement the spirit of the gala.”

Established in 1916, the Chicago Urban League works for economic, educational and social progress for African Americans and promotes strong sustainable communities through advocacy, collaboration and innovation. For more information, visit www.thechicagourbanleague.org. Find us on Facebook or follow us on Twitter.