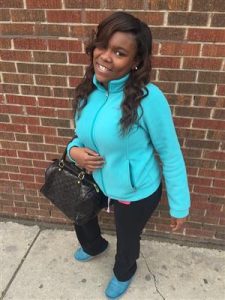 My name is Zariah Benson. I am a junior at Ombudsman Chicago West. I really appreciate the opportunity to be able to talk about the movie “70 acres in Chicago.” Through this movie, I saw the love of a community torn down and taken away.

Cabrini Green was home to about 15,000 people who lived in mid and high rise apartments on Chicago’s lakefront. English-born filmmaker Ronit Bezalel arrived in Chicago from Canada in the 1990s and began filming at Cabrini-Green almost immediately to capture the housing development renewal in Chicago.

The movie was very interesting and sad because I never knew the story behind the new buildings they built today. They demolished all of the buildings forcing people to move into places they didn’t want to be, destroying friendships, memories and etc. 70 acres in Chicago, to me, felt like the people didn’t have say so and didn’t ask them for their opinion. I believe it was just a part of an experiment highlighting the idea that public housing was the best way to alleviate a city’s housing shortage and eradicate its slum buildings.

In actuality, it was merely a new way to continue to segregate Blacks by creating new ghettos, because public housing was not originally created to provide permanent homes. They were meant to be temporary until some were able to live on their own. 70 Acres in Chicago: Cabrini Green is a documentary that both tells the history of the development’s birth and shows us the 20-year metamorphosis of the neighborhood from the City’s worst fear to its desired vision of itself. The story of Cabrini-Green begins in 1941, with the construction of the Frances Cabrini Homes, also known as the Cabrini Rowhouses, which is located in rows down Chicago Avenue toward the Chicago River.

When they started rebuilding and letting people into the neighborhoods, they wouldn’t let any of the old residences back. It was so hard for many people to come back because there were a lot of requirements. Some of the requirements for coming back included that you had to have a stable income, no criminal record, and not be on drugs. If you did not meet one of the requirements then you were ruled out in moving back. One lady talked about how her daughter got into a fight at school and they put it on her record. When it was time to do a background check, she had to choose between moving into her new house and deciding which relative her daughter would have to live with.

When people who are not familiar with the neighborhood come into it, they assume so much negativity because they are not used to certain ways of living. They believe that their way is always the right way and others ways were uncivilized. That isn’t true. They just lived differently because of limited resources.

I enjoyed this documentary, and it opened my eyes to the differences in neighborhoods. It was unfair the way they did the old residents of Cabrini Green. Their community was taken, and no one cared.

Chicago Urban League Celebrates the Power of Opportunity at 52nd…