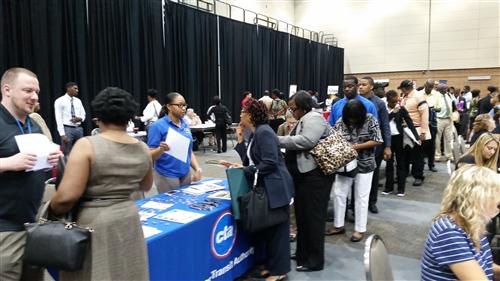 “The August national unemployment rate remained steady at 4.9 percent. As many continue to applaud the rebound of the nation’s economy and the adding of jobs to various industries, the forecast for Blacks in Chicago has a vastly different outlook with an unemployment rate more than 3 times (18.6 percent) the national average and little indication of a rapid turnaround.

Labor Day weekend is upon us and many have plans to spend time with family or simply enjoy some time off, but I can’t help but think of those whose ‘labor situation’ is either unstable or non-existent.

Economic security brings peace of mind. When families have steady income or other resources to support their cost of living, it leads to increased spending in their communities, which ultimately promotes a healthy economy. Sounds like a simple cycle, right? But not so when so many barely make a livable wage and are uncertain how ends will be met day in and day out.

Chicago serves as an example of what happens when economic security is threatened. Young people, especially those of color, are one of the largest groups disconnected from the labor market.  Without early intervention and meaningful connections to job opportunities, countless teens turn to illegal activities to support themselves and their families. What about summer youth employment? These positions offer a temporary escape for roughly seven weeks.  Then it’s back to being locked out of the job market.

This Labor Day weekend, between family gatherings and making memories, take a minute to recall the economic uncertainty that looms in so many Chicago households. It’s a challenge that is better conquered when we are all engaged.

The Chicago Urban League recently released its Ten-Year Plan where there is a stated goal to help reduce unemployment in the communities we serve by 20 to 30 percent.  This will take long-term collaboration with local organizations, government officials, grassroots activists, corporations, faith communities, educational institutions and everyday residents who care about Chicago’s future.”


National Urban League
© 2020 Chicago Urban League Privacy Policy Terms of Use
While our offices are currently closed due to COVID-19, we are still offering many services virtually. Call us at 773-285-5800.View a list of ongoing client services by department.
+