“The national unemployment rate for April remains steady hovering around 5 percent. Yet the rate for Chicago is above average at 6.5 percent. The conventional wisdom is that the economy is producing more jobs and job seekers are finding work. A low and steady unemployment rate seems to indicate significant progress; however, it is important to remember that broader measures exist that paint a clearer picture of the real unemployment situation in the U.S., particularly in Chicago.

There are countless individuals who want to work but have given up their search for various reasons. Unfortunately, this is not reflected in the unemployment numbers. For example, Lester B, a 19 year-old client at the Chicago Urban League, has been looking for employment for nearly a year. Lester has a high school diploma and no real work history.  He volunteered at community-based organizations, which provided him with some work experience.  However, Lester is growing frustrated because his applications are not getting a response; he is one of thousands of long term unemployed (jobless for 27 weeks or more) that are increasingly being left behind.

Long-term employment disproportionately impacts African-American youth ages 16 to 24 more than any other racial group of their peers.  The 2016 report published by the Great Cities Institute at the University of Illinois at Chicago highlights the staggering disparity of unemployed Black young people in comparison to their white and Latino counterparts.  It’s unconscionable that 47 percent of young Black men, ages 20-24, are both out of work and out of school, compared to 17.7 percent of Latino and 9.1 percent of white youth.

As summer approaches, the focus must be on providing jobs for our young people.  If there were more jobs available in Chicago, there would be less violence. The Chicago Urban League is partnering with lawmaking bodies and community stakeholders to create sustainable employment and training solutions that will benefit the African American community.

The Chicago Urban League is deeply concerned about the consequences of surging youth unemployment. The inherent danger is that without aggressive, proactive job creation and multi-sector youth employment strategies – the kind we haven’t seen in the past – our city is looking not only at job scarcity, but elevated social tensions, and a lost generation of young African American people who make up the workforce on which Chicago’s future depends.”

The Chicago Urban League Commends the Senators and Representatives of… 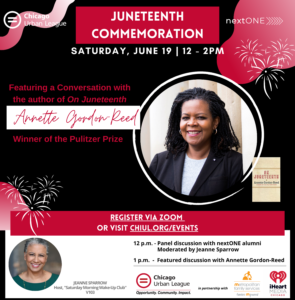